FREE SHIPPING FOR ORDERS OVER $25 in the U.S.! (MEDIA MAIL ONLY) 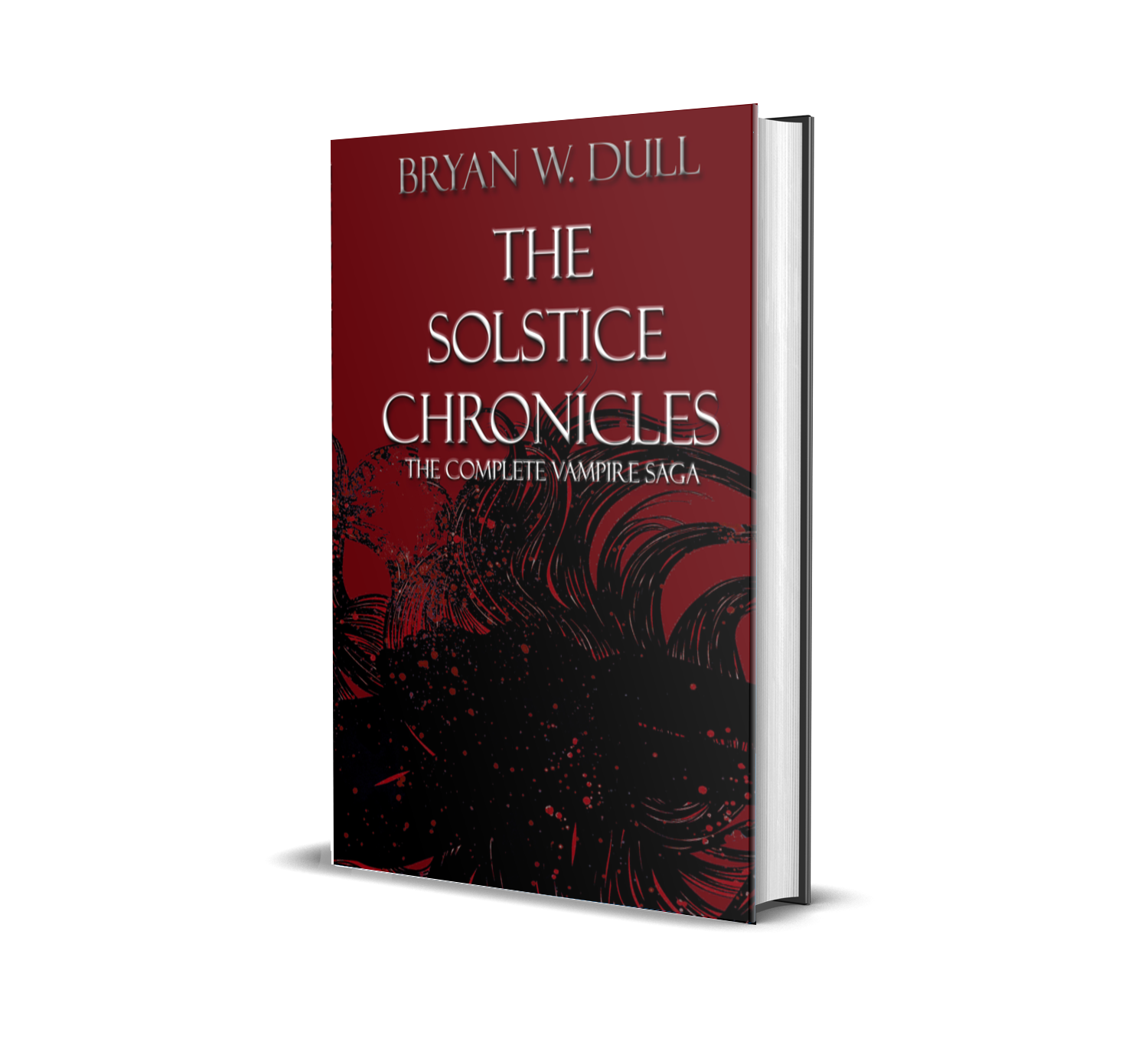 Days after her birth, Solstice, a vampire-human hybrid, comes into contact with a self-proclaimed vampire hunter, Gavin Moxley. Trading information about other vampire whereabouts in exchange for protection, the rapidly aging Solstice becomes part of Gavin’s crusade to end a vampire strain passed through sexual intercourse by Leland Centino, a vengeful vampire with an agenda of his own.

The pair will face more than just the creatures of the night in this action-horror series as both paranormal beings and humans hinder their ultimate goal spanning several years—kill the original, end the strain.

Celebrating Solstice’s tenth anniversary since its original release, Bryan W. Dull has brought together all four of the original books, formatting them into one collection. Join Solstice and follow her journey as she discovers new allies that aid her cause and the enemies that stand in her way.

Celebrating the Solstice Chronicles tenth anniversary, we present for the first time ever, all four of the original novels in one epic standalone collection.

Join Solstice on her journey as she discovers new allies following her cause and the enemies that stand in her way.

Save this product for later
Display prices in: USD

*Because of customs rules and regulations due to COVID-19, items ordered from Canada and the U.K. may take longer than normal, sometimes a month or longer depending on the time of year. Please allow extra time for book(s) to arrive. Please allow two (2) days for handling and there are no refunds on items.